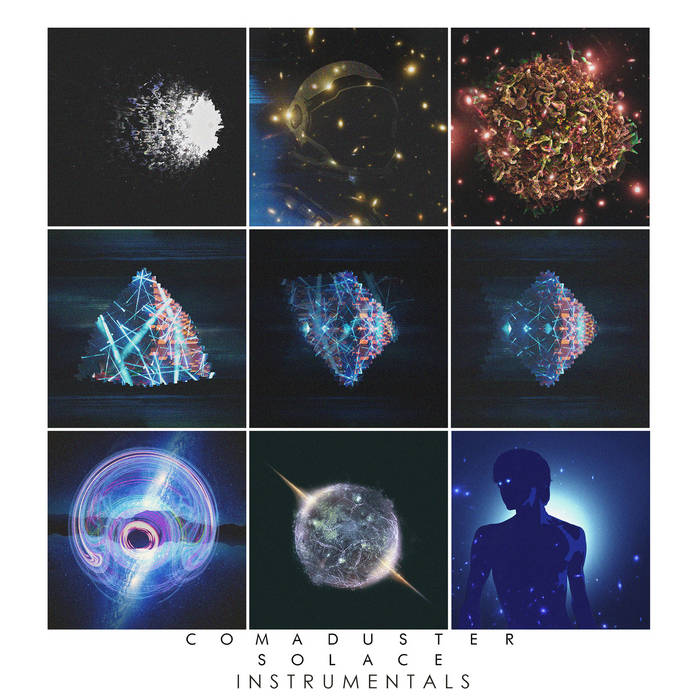 FiXT is proud to announce Comaduster as the inaugural signing to the label's newest division – FiXT Labs! To celebrate this partnership, FiXT and Comaduster are excited to re-release the 2017 sci-fi concept album Solace along with a special remastered edition of the critically acclaimed 2013 Electronic/IDM album, Hollow Worlds, ahead of new material later in Fall/Winter 2018. Plus, for the first time ever, the instrumental versions of each track from Hollow Worlds will be available in November 2018.

Solace is a science fiction concept album, and the long awaited follow up to 2013’s ‘Hollow Worlds’ album. The themes conveyed touch on entropy, extreme time-scales, and how those can impact intelligence, emotion, and identity.

A simple group of non-corporeal lifeforms called ‘The Void’ are the only sentience to remain and are clinging to the last vestiges of energy left in a universe going dark.

Heatdeath is upon them, but forces beyond their understanding will pull some of them into worlds well beyond the breadth of their experience.

Overwhelmed by paradox and on the verge of the final darkness, some of these beings try to survive and make sense of what is set before and behind them. Strands can be unravelled here to parallel human ‘mental illness’.

I don't want to be vague. The emotional weight expressed through this story mirrors my own struggles with Bipolar Disorder, ADHD, Borderline Personality Disorder, Dissociative and Depersonalization issues, Anxiety/Panic, and Obsessive Compulsive Disorder. Sometimes seemingly insurmountable issues can only be expressed through art and metaphor.

From my own perspective, the idea of ‘mental illness’ has become some what of an umbrella catch all for a myriad of distinct problems or situations. It’s kind of become a banner to compartmentalize a lot of difficult to discuss, and largely individual issues. Awareness is up. Unfortunately it’s still misunderstood, generalized, and now politicized. There are spectrums where a lot of us choose to see a single point.

I can’t say I have any answers. But this album is a cyclical expression of one of many stories that will continue to repeat.

Included is a custom made PDF booklet that contains the lyrics, and an index to provide some insight and context for the science fiction concept of the record.

I hope you enjoy, and thank you for the continued support from everyone! I’m extremely happy that this record and it’s world have found a home at FiXT!